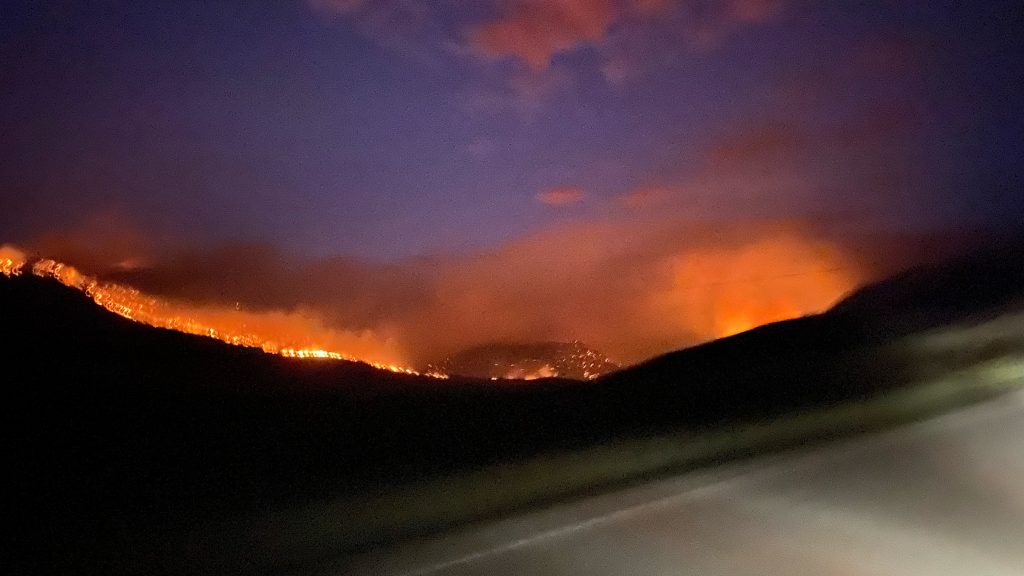 Part 2 – Summer Communications intern, Ayden Harrison, shares her experiences of the 2021 wildfires from her home in rural Lillooet, BC

The worst feeling is the unknown. Wildfires had forced people from the communities surrounding Lillooet to evacuate. With the memory of Lytton, burned to the ground, still fresh, the evacuees were scared. When would they be able to return home? Or, if they did, there might not be anything to come back to.

The same day that my town flooded with people displaced from the Lytton wildfire, another wildfire had picked up speed again — the McKay Creek wildfire out in West Pavilion. That night, it jumped the river and was on the highway side. There is a First Nation community, Tsk’waylaxw, that sits along that highway. I have friends who live there, including Chanvre Oleman. Chanvre was separated from her family on June 30. I spoke with her the whole night. She was scared because she didn’t know when, or if, she would be able to get back home to her mom. She was able to go home to her family around 2am. Soon after, on July 2, her community was put on evacuation order.

On July 8, I had an ACL repair surgery in Revelstoke. I drove from my home in Lillooet past the McKay Creek wildfire. The whole mountainside was black. All of the trees and wildlife were gone. Helicopters were filling up their Bambi buckets in the river and dropping columns of red smoke over the blazing treetops. I stopped every hour, pulling over onto the side of the road to text my family to make sure that we weren’t being evacuated. 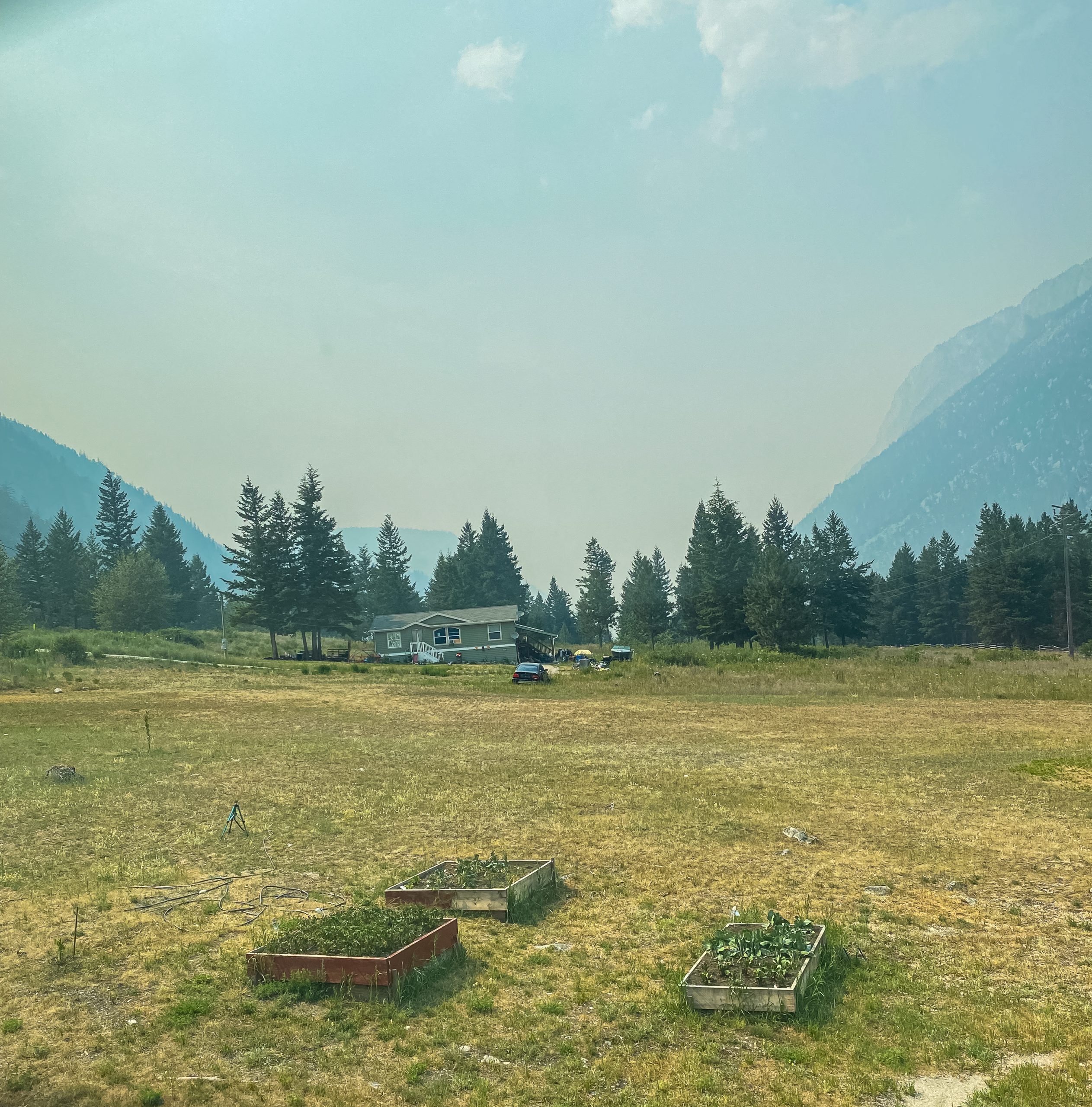 The smoke has settled into an everlasting fog that hangs heavy over my community. Some people can’t go outside. Some people sit in front of their electric fans at home hoping that the slight movement of air will allow their lungs to breathe more clearly.

Over the next few days, we had a massive lightning storm, which started another wildfire surrounding my town. The wildfire in Chanvre’s community started up again. Tsk’waylaxw was evacuated to Xaxl’ip community. Throughout the week, I was constantly texting her, and we were sending each other updates on the separate wildfires near us. As of July 19, her community is still evacuated as new wildfires are burning above every day. I asked her about the impact that the wildfires have had on her family.

“Only Pavilion [part of Tsk’waylaxw] was evacuated by the office, and it was just above the mountain along the ridge. It didn’t go far, it kind of just stayed there,” she said.

Chief of Tsk’waylaxw, also Chanvre’s stepdad, was out helping everybody during the fires. He was packing and cleaning up the yards in case ashes fell and the embers threatened to start another wildfire.

“My yard was covered in ashes, but no embers were floating through the wind, thank god,” Chanvre said to me in relief. 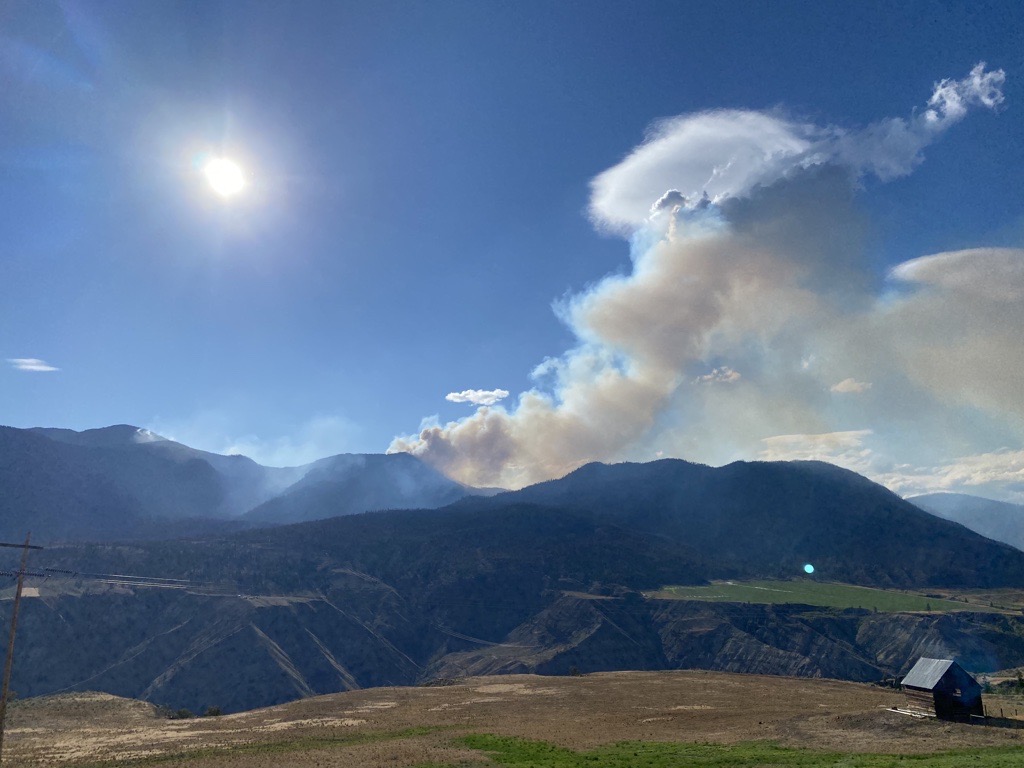 With the wildfire at a safe distance, on July 13, Chanvre and her family were able to return home. The rest of her community is still evacuated. My friend’s experience is not uncommon for the people who live in this area. In school we have classes on wildfire awareness. Every summer, families in Lillooet pack their emergency to-go bags. Wildfire preparedness is something that has been drilled into me since I was a child. I have noticed over the years that the wildfires surrounding Lillooet are only getting worse. This trend will continue unless we start taking climate change seriously for the sake of my future, and for generations to come.

PART 1: Surrounded by wildfire: inside Lillooet where a community supports Lytton fire survivors

PART 2: Another wildfire outside Lillooet, a friend evacuated, a community on edge

PART 3: The normalization of wildfires: An insider’s opinion

Surrounded by wildfire: inside Lillooet where a community supports Lytton fire survivors