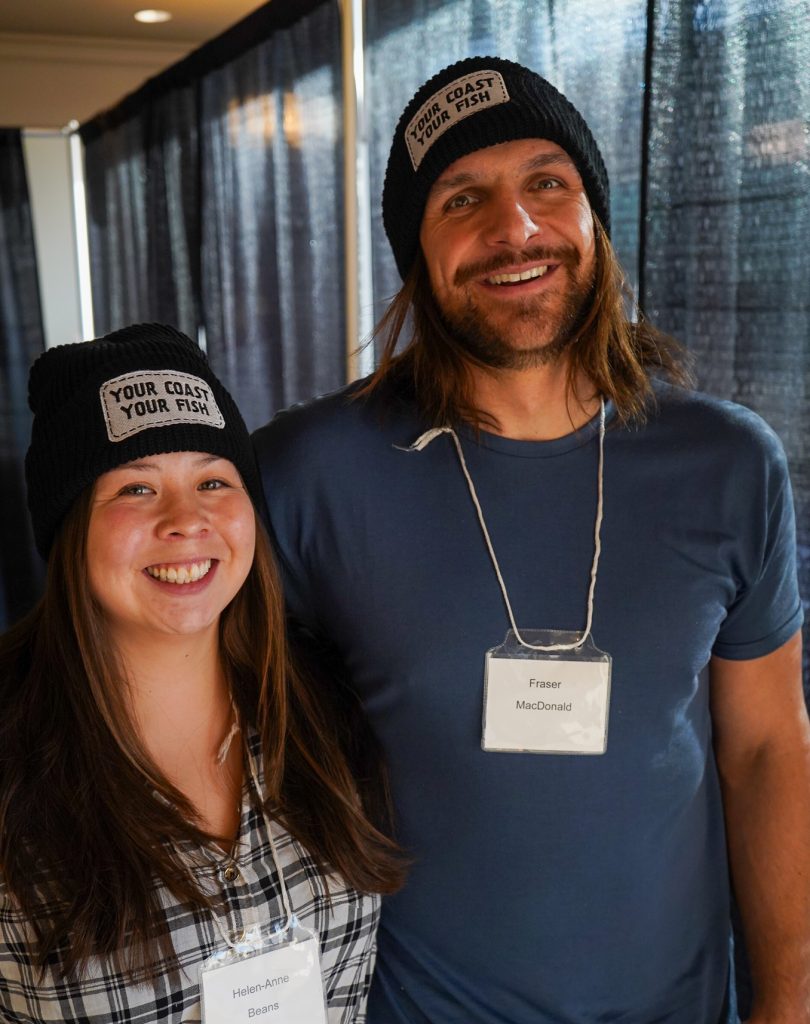 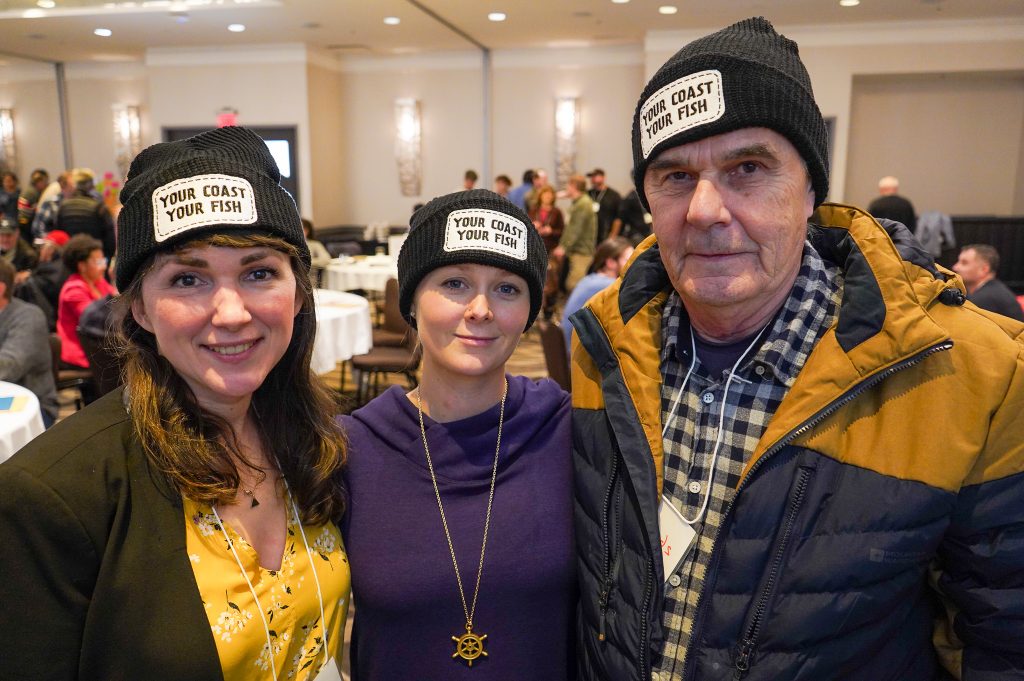 A fish harvester on the West Coast may earn a living catching crab, halibut, spot prawns, herring, or a combination of species. They could be on the water with 50 years of experience, or five. They may be from a First Nations community, or from a fishing village established by Finnish settlers. Across sections of the fishing industry, this diversity of voices is calling for change.

On February 10 and 11, we facilitated the Fisheries for Communities Gathering 2.0 with T. Buck Suzuki Foundation, our mission-driven partner who is also striving to create a more vibrant fishing economy in BC’s coastal communities. The intention behind the event was to carry the momentum from the first Gathering, held in February 2018, and to build community around BC fisheries policy change. By the end of the two days we reached consensus to take action.

There is a window for change right now. Last year, the government’s Standing Committee on Fisheries and Oceans (FOPO) reviewed BC’s fisheries policies, and listened to testimonies from a diversity of fish harvesters. In May they released the report titled “West Coast Fisheries: Sharing Risks and Benefits,” which laid out the committee’s unanimously supported 20 recommendations for the federal government to address.

But we’re still waiting for the government to respond.

“I think the coastal economy needs change and the recent recommendations are that window for change,” said Fraser MacDonald, a commercial fisherman based in Vancouver.

With a newly appointed FOPO committee following the fall election, two of the members who were on the previous committee: Gord Johns, MP for Courtenay-Alberni, and Ken Hardie, MP for Fleetwood-Port Kells, spoke at the gathering. They reassured the room that they are committed to changing the current licence and quota system on the West Coast. This system is not shared on the East Coast, where those who own the quota and licence must physically be on the boat to harvest their catch from the sea. In BC, it’s possible for speculative investors or overseas corporations to hold quota and licence and lease it out to fish harvesters. This leads to the tangible and intangible benefits of BC’s fisheries — economic, social, and cultural — diverting and flowing out of adjacent communities, while the local fish harvesters carry all the risks of the actual job.

After hearing from a panel of fisheries experts, academics, and politicians, we asked the fishing community what they wanted most from the FOPO recommendations. Was there a unified voice in calling for change?

This gathering created a space for those involved in the fishing industry to work together and consider the 20 FOPO recommendations. Despite their differences, there was a general consensus that they are allies in the movement to shift the status quo, which is not socially or economically sustainable.

“The solutions for some of our problems are right in front of us. We need to be speaking as a community,” said James Lawson, a commercial fish harvester from the Heiltsuk First Nation.

It was also an opportunity to hear from other experts in the commercial fishing industry in Alaska, Eastern Canada, Italy, and Rhode Island, to learn about sustainable fishing practices, ways to improve fishing access, and how they are tackling similar quota challenges and ‘corporate takeover’ in their waters.

“90 per cent of quota is issued to real people, not corporations.”
Linda Behnken, executive director of the Alaska Longline Fishermen’s Association

On the final day, staff from Ecotrust Canada facilitated tables where they examined the 20 recommendations, and discussed which of them were the most critically important.

This is what we heard:

There is much more work to do. An action committee was appointed at the end of the gathering to grow the movement beyond the event. Ecotrust Canada will also continue to work with the Fisheries for Communities network, and will share what we heard from the gathering with key policymakers in Ottawa. The opportunity is right before us, but timing is critical.

As Tasha Sutcliffe, our Senior Fisheries Policy Advisor, stated: “This is a canary in a coal mine. These issues are prevalent across many of our sectors and impact many communities, and the values both driving how we engage in and on the land and water, and the values derived from those, are being eroded at great consequence to our current and future generations.” 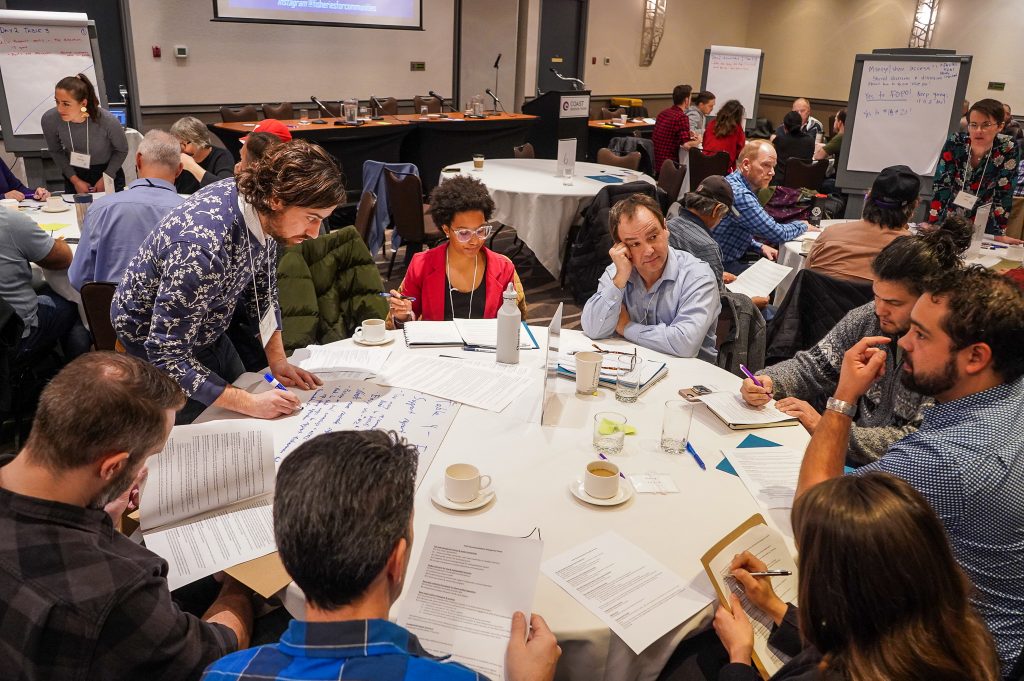