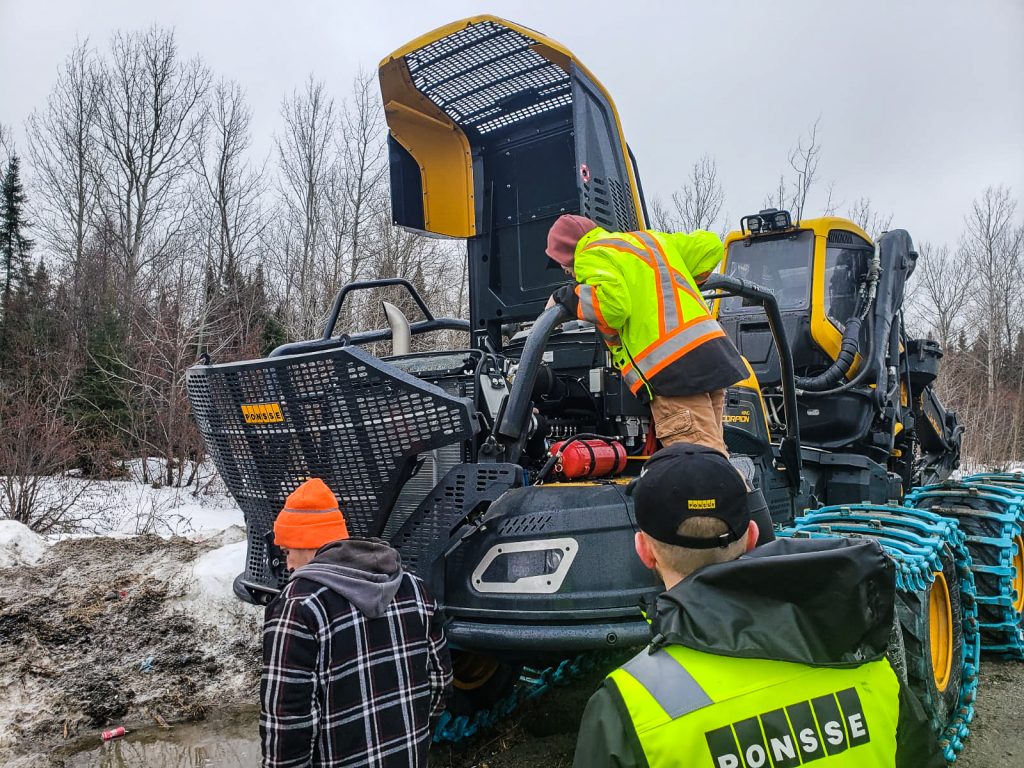 In the vast forests of Northeast Superior in Ontario, First Nations are building an economic system that seeks to improve the wellbeing of people and the environment.

The Wahkohtowin Development Group Inc. is exploring alternatives to the continual economic leakage from the commercial forest industry’s boom and bust cycle.

“You can’t eat money. If that’s all you have, how are you sustaining yourself?” said Wahkohtowin general manager, David Flood.

“We have to change the relationship with who does business on our territories. They must create a better understanding of the triple bottom line. The conservation economy — from a citizen’s perspective — is that it has to go beyond the job.”

It’s been three years since the Wahkohtowin Group formed to improve the lives of Indigenous people in Northern Ontario, and already its leadership in the region is attracting attention. On October 17, Wahkohtowin was recognized by the Nishnawbe Aski Development Fund for its contribution toward advancing Aboriginal prosperity. The Award of Recognition comes 10 years after the Northeast Superior Regional Chiefs’ Forum, when Indigenous communities developed a geopolitical relationship and established the foundation for the Wahkohtowin Group’s work.

In 2011, Ontario modernized forest tenure across the province, loosening the grip on who manages Crown forests. This new model opened space for Indigenous communities to participate as stewards, harvesters, and entrepreneurs.

“Tenure reform in Ontario was a provincial construct. We just picked it up and defined what that participation was meant to look like,” Flood said.

Ecotrust Canada has a long-standing partnership with the Wahkohtowin Group. In response to economic hardships in 2009, when forest tenures were abandoned and mills ceased operations, the Regional Chiefs’ Forum dug into alternative economic models. In 2014, they approached Ecotrust Canada to explore a forest management system that had social, cultural, and environmental interests at heart.

“The driver is the conservation economy, and we’re pushing for diversification and other sustainable uses of the resources that third-party users are taking. How can we take up that space and create employment and wellbeing?” Flood said.

The organization is expanding business opportunities in the bioeconomy by exploring biomass for energy production and forest carbon management. They are also testing social enterprises, such as tapping and selling birch syrup.

Wahkohtowin is a Cree word for kinship, and a philosophy that everything is connected. In that regard, Flood said that Northeast Superior Indigenous communities are trying to fulfill their obligation as natural stewards of the land.

In the next three years, the organization plans to have effective governance on forest tenure and leading in forest carbon opportunities and verification. They are also focused on a moose recovery strategy as they train guardians to be field monitors.

The emerging Guardianship Program connects Indigenous youth to their culture, giving them a sense of place, empowerment, and stewardship. Children and young adults can take part in the program, which will incorporate traditional learning, and skills training, taking the steps to becoming environmental monitors.

“I use the word ‘collective impact’ as an umbrella for the outreach we’ve done with municipalities. It’s not about taking away from them, it’s about growing the wealth in the region,” Flood said.

“One of the mainstays of the Ecotrust Canada mantra is those who want to live in a region can do so and enjoy their environment as opposed to feeling impoverished and repressed,” Flood said.

Ecotrust Canada will continue to work with the Wahkohtowin Group in their mission to rewrite the status quo and building readiness for communities in the region to take up participation in their forests.