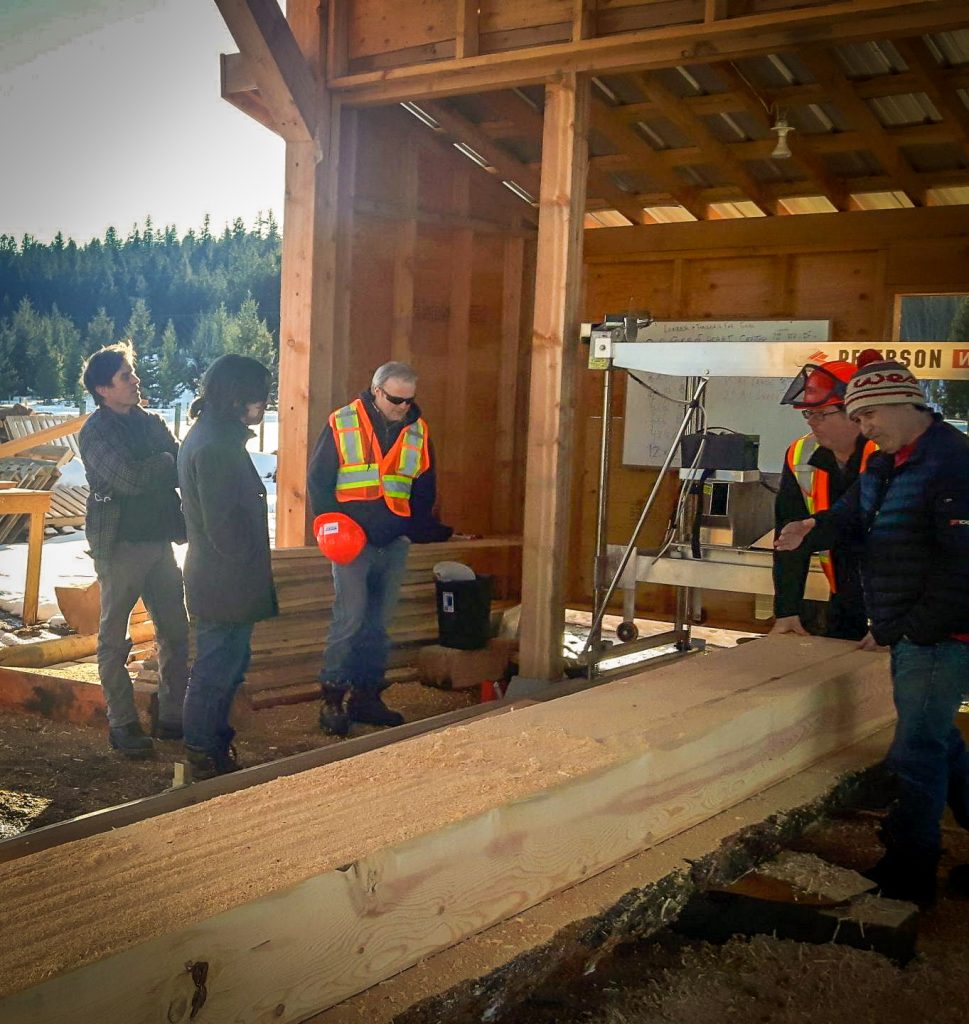 The Forest to Frame project is helping a B.C. Indigenous community build capacity while creating good jobs and new homes.

At Ecotrust Canada, we’ve had the privilege to work alongside—and at the invitation of—Indigenous communities that are grappling with the legacy of colonialism and the long shadows cast by globalism and industrialization.

Through deep and respectful collaboration, we work to re-localize and revitalize economies to establish truly sustainable markets and supply chains that support meaningful livelihoods.

Our Qwii-qwiq-sap ‘Standing Tree to Standing Home’ initiative has proven a pillar of this work. The first phase of that project sought to use local forest resources and local labour as the foundation of a conservation economy in the traditional territories of the Tla-o-qui-aht, Hesquiaht, Ahousaht, Yuutu?it?aht and Toquaht First Nations.

That BC initiative is entering a new phase of development, looking at scaling up through regional collaborations. But in recent months we’ve also taken on a new, but aligned project in the province’s central interior region, in the Tsilhqot’in community of Yunesit’in, population about 200. 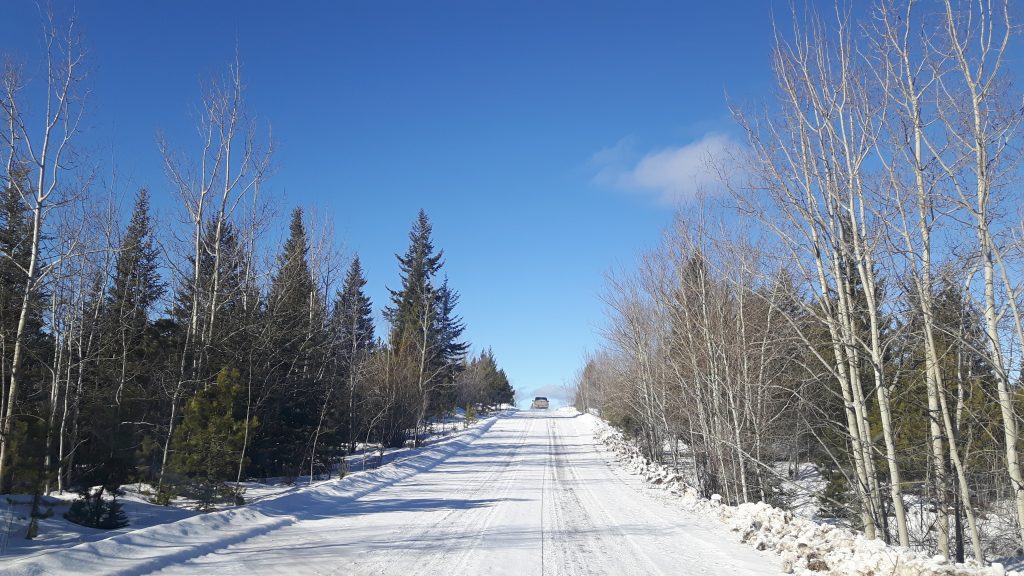 Forest to Frame is a project to support local capacity development by using local trees, milled locally, for local needs. It focuses on relationships, partnerships, and networking.

“When first elected in 2012, one of the most obvious issues was existing quality of housing and the lack of new housing in general,” said Yunesit’in Chief Russell Myers-Ross.

“It was a crisis then, and it has not been relieved to date, with only two new homes constructed in the past five years,” Myers-Ross added. “There were a few ideas and strategies we had, but nothing fully comprehensive. There were so many preliminary attempts at starting initiatives that failed to pick up momentum, which was devastating when you have to wait a whole year to try again.”

Out of this frustration, Myers-Ross approached Satnam Manhas, Ecotrust Canada’s Manager of Forest and Ecosystem Services. Myers-Ross had heard of Ecotrust Canada’s Standing Tree to Standing Home work, and wanted to see if there could be ways to create new jobs and new homes at the same time for his Nation.

In turn, Manhas encouraged Ecotrust Canada financial analyst Graham Anderson to put in a call to Rami Rothkop, the mill manager for Harrop-Procter Forest Products. For more than a decade, Rothkop had run a small Forest Stewardship Council certified sawmill in the Kootenays near Nelson, BC.

Meanwhile, Natalie Swift had been volunteering in the community for more than a year while pursuing her Masters in Forestry at the University of British Columbia. As a result of Swift’s experience, the Yunesit’in Government offered her the opportunity to coordinate the Forest to Frame project with Ecotrust Canada.

Moving in the Mill

After a discussion with the Yunesit’in community, Ecotrust Canada brought Rothkop in to meet with the community and confirm that a small mill would be viable for the project. “In the end, we were doing more than making a plan for capacity building, we were actually bringing in a skilled and experienced person to help the community make better decisions,” said Manhas.

A feasibility study conducted by Anderson concluded that, with a few key connections and introductions, the Yunesit’in could really grow their conservation economy. A few years back, the Tsilhqot’in Nation had successfully asserted its rights to use its lands for local benefit. A landmark 2014 Supreme Court decision secured Aboriginal Title for a portion of its lands.

Forest to Frame will start out by using Douglas-fir sourced from the Tsilhqot’in traditional territory to produce wood products for use in community housing. With Ecotrust Canada’s support, Rothkop and Harrop-Procter Forest Products sawyer Darryl Fincham assisted the Yunesit’in Government in securing a small sawmill to process the timber. Fincham also developed sawmill training for the community.

Community members will participate in all stages of the process, from harvesting, to milling, to construction. 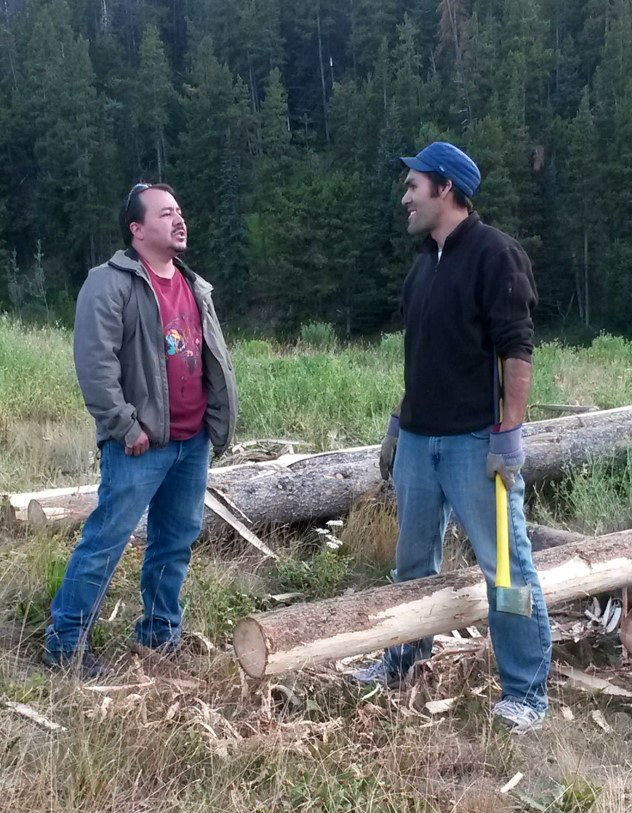 Off to a Good Start

Yunesit’in Councillor Gabe Pukacz is serving as the project’s community lead. He led an on-site training program delivered in conjunction with the construction of the community’s school and gymnasium. As a result, there is now a Yunesit’in construction crew capable of building new homes.

The project is also collaborating with other Tsilhqot’in communities, such as Tl’esqox. This community currently operates a small sawmill and will be sharing its site with Yunesit’in. The collaboration is off to a good start. Yunesit’in and other nearby communities are planning to build new homes for community members. In Yunesit’in alone, there are plans to build up to six homes per year—and in other Tsilhqot’in First Nation communities there are plans for even more.

“We believe that the local forest should benefit our community,” said Chief Myers-Ross. “While our team is still working out the details to make it successful, it is exciting to know that, with all the energy, testing and analysis, it might actually work and all the pieces may finally fit into place—from forest to frame.”