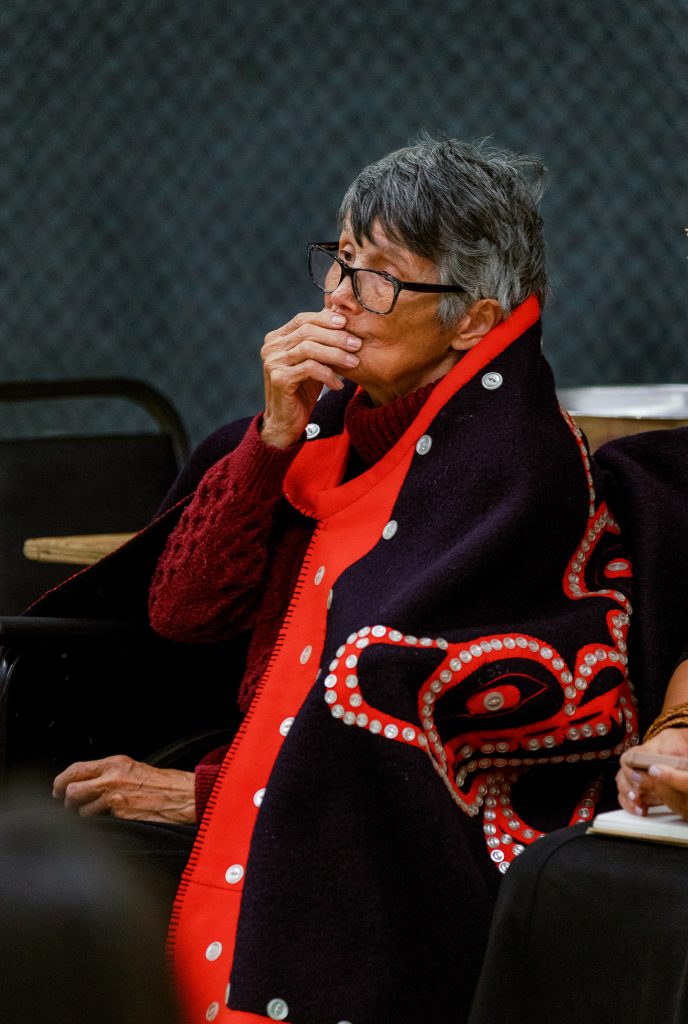 Just before 1pm on Sunday, August 7, I pulled into the Gitanmaax Hall in Hazelton, BC. It was a scorching summer day and there was a buzz of people around the hall. I was greeted at the door and seated at a long table against the wall with other visitors. It was my huge honour to be invited to a feast, hosted by Gitxsan Wilps (house) Gwininitxw (say gwyn – in – nit) on behalf of Ecotrust Canada. I didn’t know it at the time, but we would be swept up for the next 11 hours in a historic and powerful assertion of Gitxsan law, culture, and their deep commitment to their homelands.

On that day, Wilps Gwininitxw issued a declaration, in accordance with Gitxsan ayook (laws), that their ancestral lands — Maxhla Didaat and Galaanhl Giist, a 170,000-hectare area in the upper Skeena watershed — will be protected to ensure the future health of their land, culture, and communities. Ecotrust Canada’s Climate Innovation team is in early exploration with Wilps Gwininitxw and CPAWS-BC to develop a nature-based climate solution project in this protected area. By attending and witnessing their house business, we in turn commit to supporting them in upholding their decision. We are witnesses but also now accountable.

I learned so much at the feast, I wanted to share some reflections on what I’ve learned with you.

The laws of the land

In 1997, the Delgamuukw decision acknowledged the unextinguished rights of Gitxsan Wilps leadership to govern their laxyip[1], their homelands. As one elder put it, the Gitxsan system of governance including feasting, has been operating on the territory for over 13,000 years. The same elder noted that the word in Gitxsan for feasting is connected to ‘breath’, feasting is a fundamental, elemental component of Gitxsan life.

What we witnessed wasn’t just a big meal, it was not a free lunch. We participated in a literal and political public distribution of wealth. We all contributed money to the feast and did so publicly for all to hear — who we were, how much we gave. Transparency is prioritized in Gitxsan protocols.

Wilps Gwininitxw members shared food and gifts with attendees. By accepting these gifts and participating in the process, we validated the events that occurred: a naming ceremony, a coming-of-age ceremony, a re-affirmation of the Gitxsan governance system above any federal or provincial agencies or corporate interests. The business wasn’t completed until every Wilps chief in attendance spoke their piece, acknowledging the legitimacy, the strength, and clarity of purpose demonstrated by Wilps Gwininitxw.

“If we have no land; we have no names.” — Simogyet Gwininitxw, Yvonne Lattie

It’s always been about the land

Wilps Gwininitxw, like other Gitxsan houses, practice gifting hereditary names. When a leader passes, their name and the responsibilities attached to that name are given to another house member, often the deceased’s children. These names are tens of thousands of years old and are connected specifically to laxyip. Yvonne Lattie or Simogyet Gwininitxw, our host and matriarch, underscored this connection between land and culture, “If we have no land; we have no names”. Wilp Gwininitxw’s relationship with their laxyip cannot be overstated.

At the outset of the feast, Gwininitxw matriarch and leader Yvonne called it a “discipline” feast. That meant that all their protocols were honoured. Arrived late? Spilt your meal on someone’s lap? Expect to compensate the host or the person you’ve disrespected. Wilps Gwininitxw members showed up with discipline — they followed through and showed their guests the Gitxsan way. I was in awe of Simogyet Gwininitxw, Yvonne Lattie, who showed incredible endurance and strength throughout. She spoke with clarity and eloquence about Gitxsan ways, culture, and ecology. Every word is a teaching, a gift to everyone present.

Near the end of the feast a Wilps leader pointed out that reconciliation for the Gitxsan should mean that settler governments and peoples learn about, understand, acknowledge, respect, and participate in Gitxsan ayook, rather than the other way around. Gitxsan house leadership has walked their path through the western legal systems — and won. Now, it is our turn to learn how to be here according to Gitxsan ways. I hope that you’ll join me, and Ecotrust Canada in doing so.

An extra thank you to Chelsey Armstrong and Shannon McPhail for being my companions and translators throughout the feast.

[1] Laxyip is a word that describes Gitxsan homelands, waters, ecosystems and communities, and the responsibilities that spring from their relationship in place. It means much more than ‘territory’ as used in English. 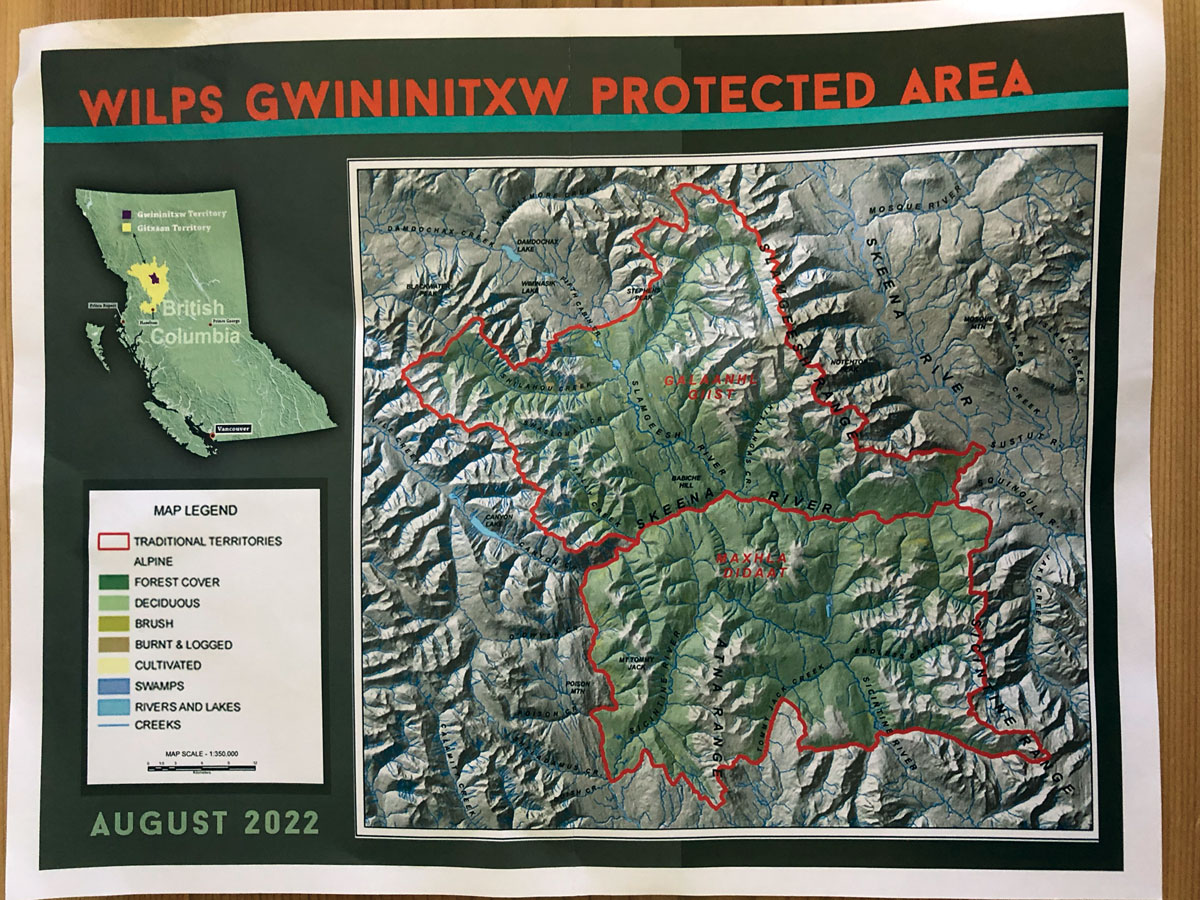