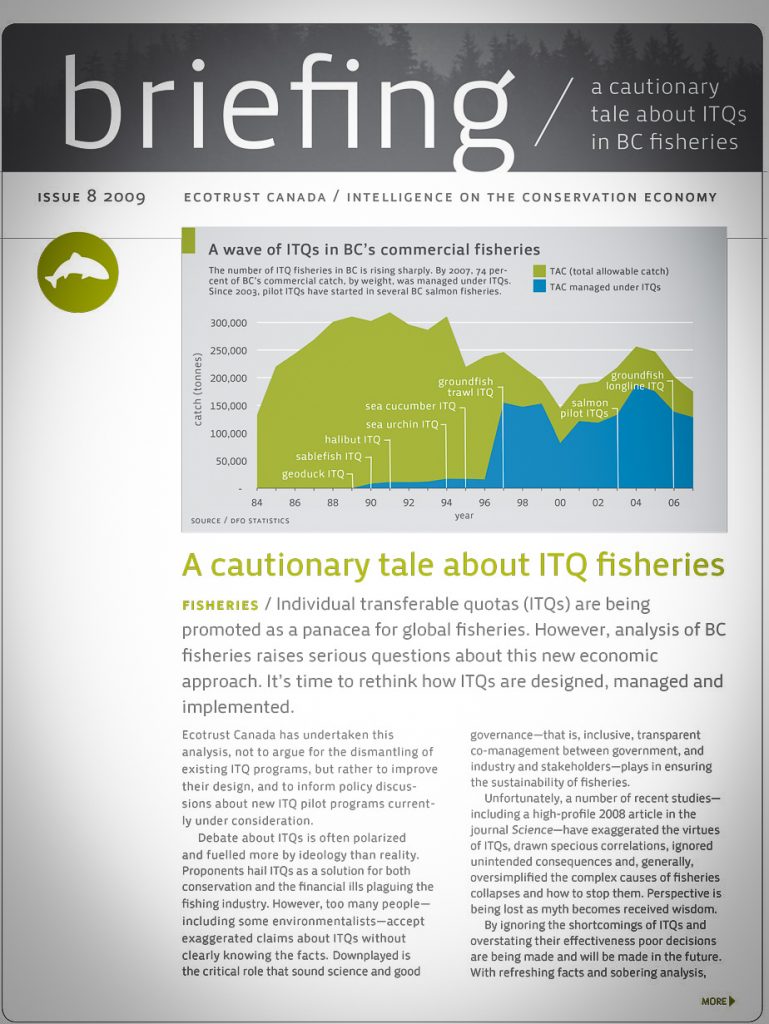 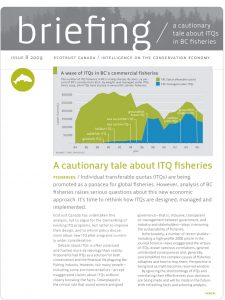 It’s time to rethink how ITQs are designed, managed and implemented. Ecotrust Canada has undertaken this analysis, not to argue for the dismantling of existing ITQ programs, but rather to improve their design, and to inform policy discussions about new ITQ pilot programs currently under consideration. Debate about ITQs is often polarized and fuelled more by ideology than reality. Proponents hail ITQs as a solution for both conservation and the financial ills plaguing the fishing industry. However, too many people—including some environmentalists—accept exaggerated claims about ITQs without clearly knowing the facts. Downplayed is the critical role that sound science and good governance—that is, inclusive, transparent co-management between government, and industry and stakeholders—plays in ensuring the sustainability of fisheries.

Unfortunately, a number of studies have exaggerated the virtues of ITQs, drawn specious correlations, ignored unintended consequences and, generally, oversimplified the complex causes of fisheries collapses and how to stop them. Perspective is being lost as myth becomes received wisdom.

By ignoring the shortcomings of ITQs and overstating their effectiveness poor decisions are being made and will be made in the future. With refreshing facts and sobering analysis, Ecotrust Canada offers a cautionary tale about ITQ fisheries. We use BC as our case study. The lessons learned are of global significance.

BRIEFING: A cautionary tale about ITQs in BC fisheries (2009)