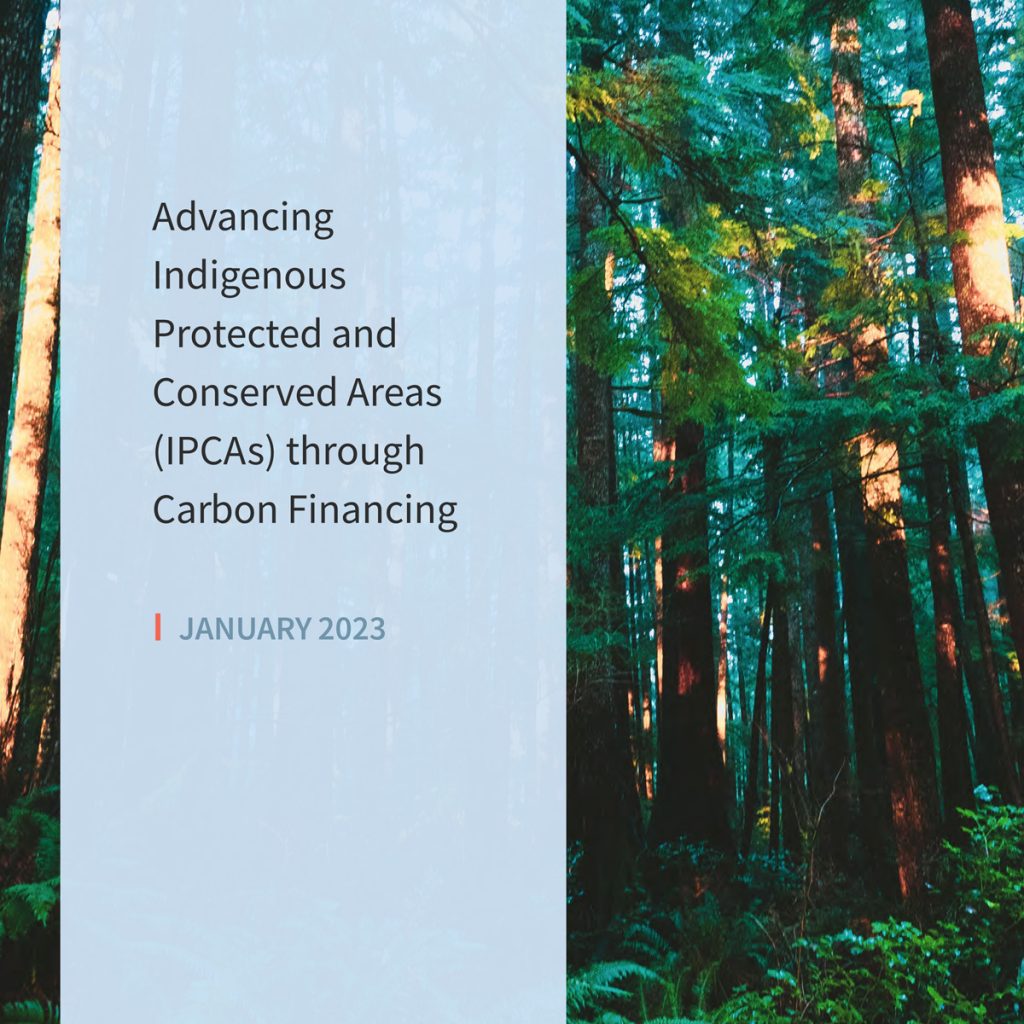 Indigenous Protected and Conserved Areas (IPCAs) are lands and waters where Indigenous governments have the primary role in protecting and conserving culture and ecosystems through Indigenous laws, governance, and knowledge systems. IPCAs can enable continued storage and sequestration of carbon in natural ecosystems because protecting and restoring the land increases the overall stock of carbon pulled out, and kept out, of the atmosphere.

Recent carbon offset projects led by Indigenous communities worldwide have been shown to support community objectives around revenue, land use, and resilience.  Some carbon offset project types — such as those based on conservation — generate revenue by maintaining and enhancing natural processes in a defined geographical area and then reflecting the climate benefit as an environmental asset that can be sold, thereby funding the underlying work on the land. Because those project types are about protecting the physical properties of the land, rather than exploiting them, they can be compatible with an IPCA.

In June 2022, the federal government launched Canada’s Greenhouse Gas Offset Credit System. This, along with increasing voluntary carbon offset price and demand, has led to a significantly improved feasibility situation for projects that may be developed as a key funding component of IPCAs. Carbon offset projects must meet stringent requirements to verify and sell carbon credits on voluntary or compliance carbon markets; these requirements apply no matter the nature of the concurrent IPCA.

This paper seeks to help advance clarity on this topic by outlining the necessary community, political, and governance conditions to achieve IPCAs supported by carbon offset finance within the Canadian context. There are currently no active IPCA projects financed by carbon projects within Canada. However, two case studies are presented in this document to illustrate two situations where there is an overlap between a carbon project and an IPCA. 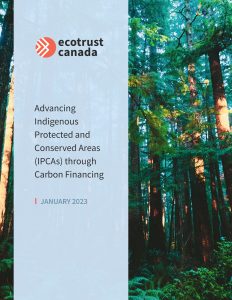 Reflections on a Gathering for Climate Change in hurricane season