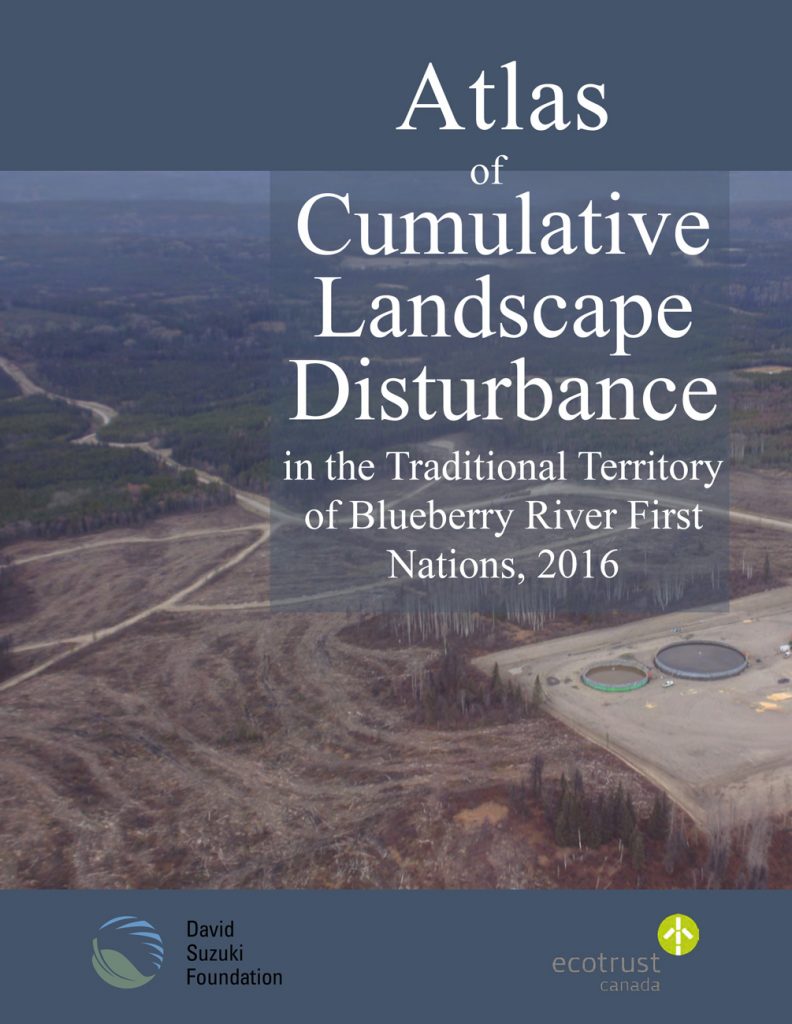 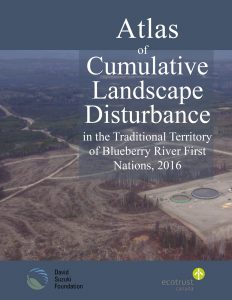 The 2016 Atlas shows that the Province of BC has not only continued industrial development in the area, but has done so at an accelerated rate, despite its knowledge of the worsening cumulative effects on BRFN traditional territory. Our goal in helping to put it together was to help the Blueberry River First Nation convey the sense of urgency they feel about protecting their treaty rights, which are currently under threat from exploration and exploitation in their traditional territory.

The 2016 Atlas builds upon a previous 2012​ study of cumulative effects in the Peace Region which​ revealed a stark picture of the scale and rate of industrial impacts on the natural landscape of the area. The province has been made aware of these disturbances many times over the last few years, including through the filing of a court case by BRFN against the Province of BC which cites the continued destruction of BRFN lands.

The Atlas was commissioned by Blueberry River First Nations and David Suzuki Foundation and authored by Ecotrust Canada.

A cautionary tale about ITQs in BC fisheries (2009)