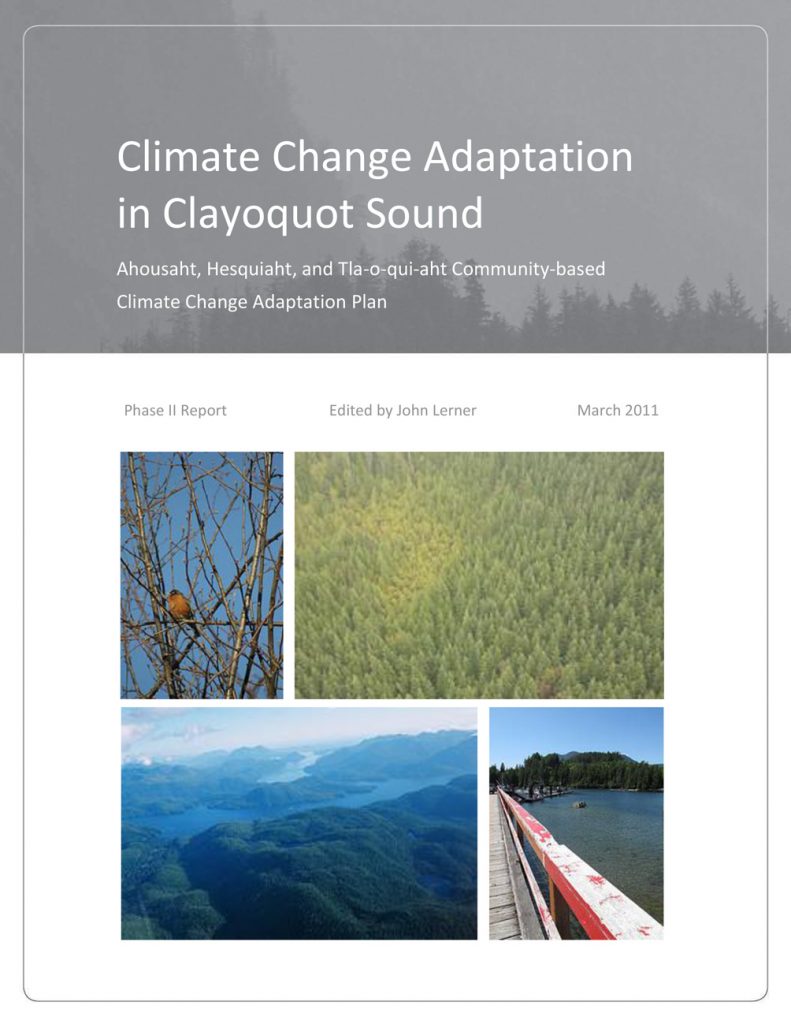 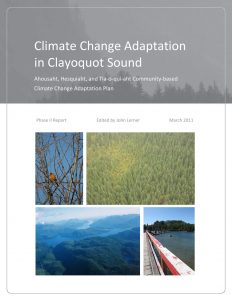 Climate change is expected to accentuate these characteristics over the next century. Indeed, as local First Nation residents and scientists have observed, the changes have already begun.

With a project led by the Hesquiaht First Nation, Ecolibrio, Clayoquot Forest Communities and Ecotrust Canada, an important first step to adapt to climate change in Clayoquot Sound has been taken. This video provides a personal introduction to the project, which also includes a detailed report describing research on potential ecological and socio-economic impacts of change, adaptation strategies and action plan. The number one priority in the report is to promote a culture of self-reliance and resilience among individuals and the community in general.

The Nuu-chah-nulth world view is a comprehensive, diverse perspective that balances the physical, spiritual and intellectual worlds, and translates to a contemporary knowledge of resources that reflects thousands of years of observation and connection. As you’ll see in this video, the elders have lived through a lot of changes already and the community is well placed to deal with the challenges ahead. It will, however, take ongoing investment and commitment to that long-term view.