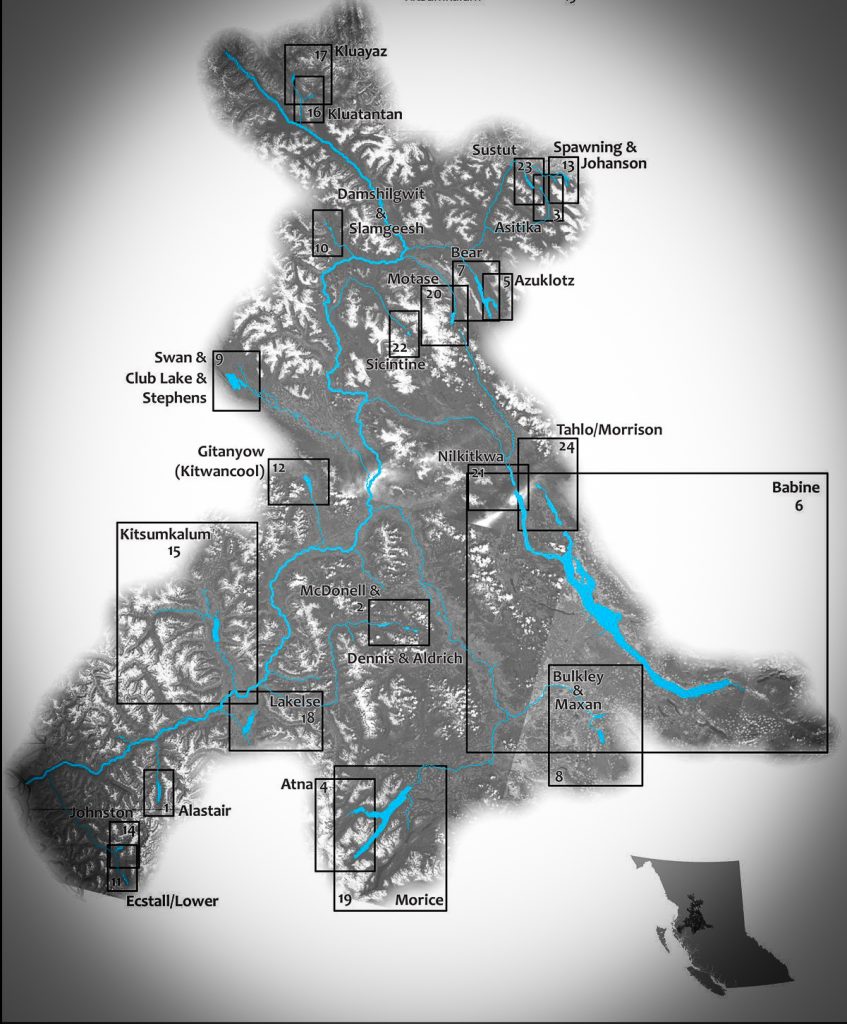 The Atlas focuses on displaying high-value freshwater habitat for recognized Conservation Units (CUs) of lake-rearing sockeye, a key component of the Wild Salmon Policy. The Atlas contains a map for each Conservation Unit at 1:50,000 scale, with some exceptions:

Most CUs are individual lakes but in some cases a cluster of lakes is considered a CU, such as Tahlo/Morrison. 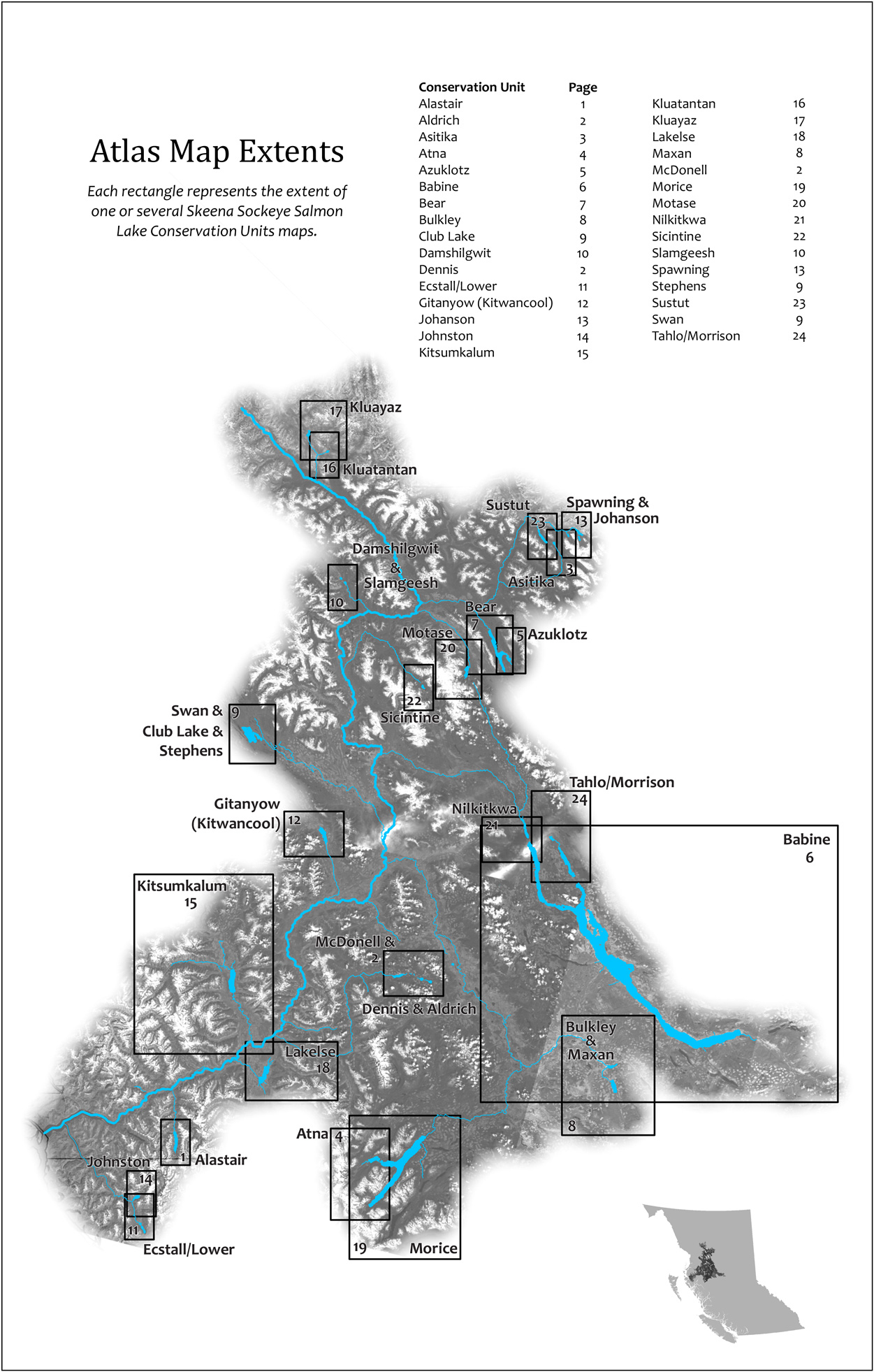 The CUs identified are from DFO mid-2010 and are subject to change with further study. Two CUs for Skeena sockeye that rear in rivers have been proposed, however the biology of these river-type sockeye is less well understood and river-type sockeye CUs are not shown in this atlas.

For this project, the largest emphasis in data gathering was on identifying known spawning locations. These areas, and the watershed upstream of them, are shown on the maps produced. For sockeye, unlike other species of salmon, spawning occurs in lakes as well as rivers.

To supplement and update the available, published data, we met with local experts to review the sockeye spawning and rearing locations. We thank Mark Cleveland, Steve Cox-Rogers, Alan Gottesfeld, Peter Hall and Lana Miller for their valuable contributions. Due to time constraints, not all suggested experts were able to contribute and not all areas received the same level of scrutiny.

Some spawning locations are not used every year, depending on local conditions. In general, we included on our maps all spawning locations with recent historical observations. However we did remove historical locations where local experts told us that no spawning has been observed in a given location despite thorough exploration over a number of years.

Any compilation of this nature is necessarily incomplete: conditions change in the environment; areas marked are approximations; and some sockeye spawning areas or sockeye-bearing locations are unknown.

About the Habitat Mapping Project

Ecotrust Canada carried out this work in 2010 for the Habitat Subcommittee of the Skeena Watershed Initiative. Other products include PDF versions of these maps, an information poster, a large 1:450,000 map of the watershed, and an annotated bibliography.

For more information about the project, or if you have information to add, please contact the Pacific Salmon Foundation at skeena@psf.ca.