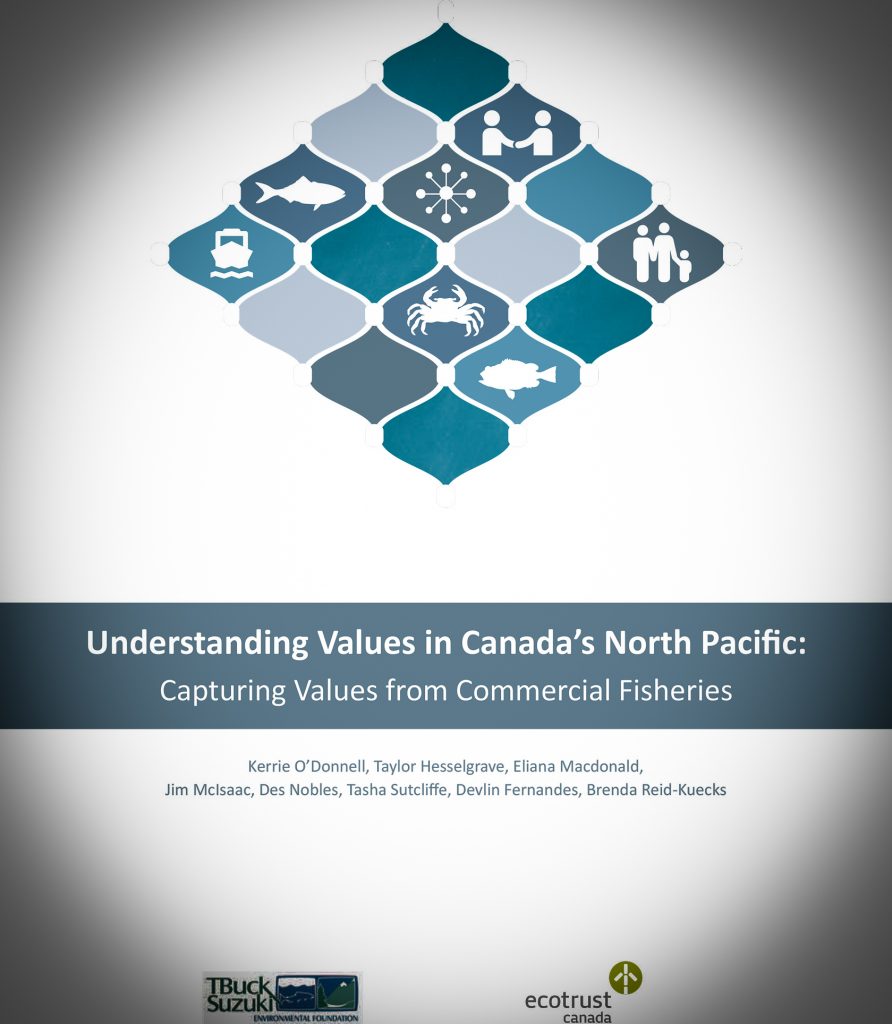 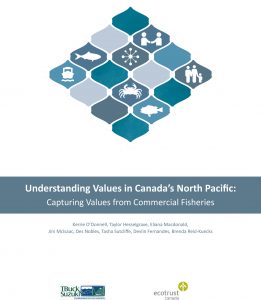 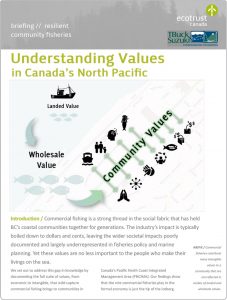 The industry’s impact is typically boiled down to dollars and cents, leaving the wider societal impacts poorly documented and largely underrepresented in fisheries policy and marine planning. Yet these values are no less important to the people who make their livings on the sea.

In partnership with the T. Buck Suzuki Environmental Foundation, we set out to address this gap in knowledge by documenting the full suite of values, from economic to intangible, that wild-capture commercial fishing brings to communities in Canada’s Pacific North Coast Integrated Management Area (PNCIMA). Our findings show that the role commercial fisheries play in the formal economy is just the tip of the iceberg.

Using data from Fisheries and Oceans Canada (DFO), we summarized the regional economic value of commercial wild-capture fishing in the PNCIMA region. These summaries allowed us to understand how access to resources in the region has changed over time and gave context to our interview data.

We also mapped these datasets to get a more complete picture of fishing activity. As we explored the economic values of fishing areas at different spatial scales, a complex pattern emerged, revealing the shifting importance of different fishing areas over time and space. This complexity suggests that to fully understand the impacts of potential regulations, decision-makers should con-sider the short- and long-term effects of planning options, both on individual areas and the region as a whole.

Yet there is more to fishing than profit margins. Participation in commercial fishing creates complex networks between fishermen, their families, marine ecosystems, and the community at large. We conducted a series of interviews with fishermen in Prince Rupert and Lax Kw’alaams to investigate these relationships. In their responses, four major themes emerged.

We found that revenue from commercial fishing plays a large role in strengthening local economies. As fishermen spend money on equipment and supplies, fishing revenue spreads through local businesses and beyond. Our interviews revealed that commercial fishing revenue moves far beyond fishermen’s home ports: the 23 fishermen we interviewed purchased supplies from more than 200 different individuals or businesses, concentrated in Prince Rupert but extending as far away as Japan, as they equip or maintain their fishing operations.

Role of fishing in gifting and trading seafood

During interviews, fishermen talked at length about the key role played by commercial vessels in a surprisingly large and complex system of gifting and trading seafood. Fishermen reported that in one year, they might give or trade seafood to 100 other people. This “food community” also contributes to communities’ food security and gives participating fishermen higher standing among their peers.

Lifestyle of a commercial fisherman

Overwhelmingly, participation in the commercial fishing industry is viewed as something more than sheer employment; it is a lifestyle that connects people to each other, to their communities, and to the surrounding environment. For many fishermen, the less tangible aspects of commercial fishing are among the most important. Being able to contribute to their communities’ food security is important, as are the values found in stewardship, education, lifestyle, and income.

Fishermen value fishing’s cultural connections and links to future generations most strongly. In interviews, the fishermen told stories of important life skills and lessons learned through fishing, the culture that the tradition of the industry has created in people’s daily lives, and the lessons they are able to pass down to their children.

The wild-capture commercial fishing industry in Canada’s Pacific North Coast plays an important role in the region’s formal economy, contributing hundreds of millions of dollars to BC. The industry also contributes a full suite of far less tangible— but no less important — values to fishermen and their communities. This informal economy makes significant contributions to the social capital, well-being, and resilience of coastal communities and their economies. As such, fisheries policymakers and integrated marine planning efforts should consider the full range of benefits that commercial fisheries provide for local communities.

Until now, Canadian fisheries policy has mainly been confined to two policy areas: the economic, usually measured by the landed value of a fishery, and the biological, measured by species abundance. Our findings represent an important opportunity to re-frame fisheries policy in a way that leads to a more integrated, coherent policy that benefits environmental conservation, economic resilience, and social equity alike.