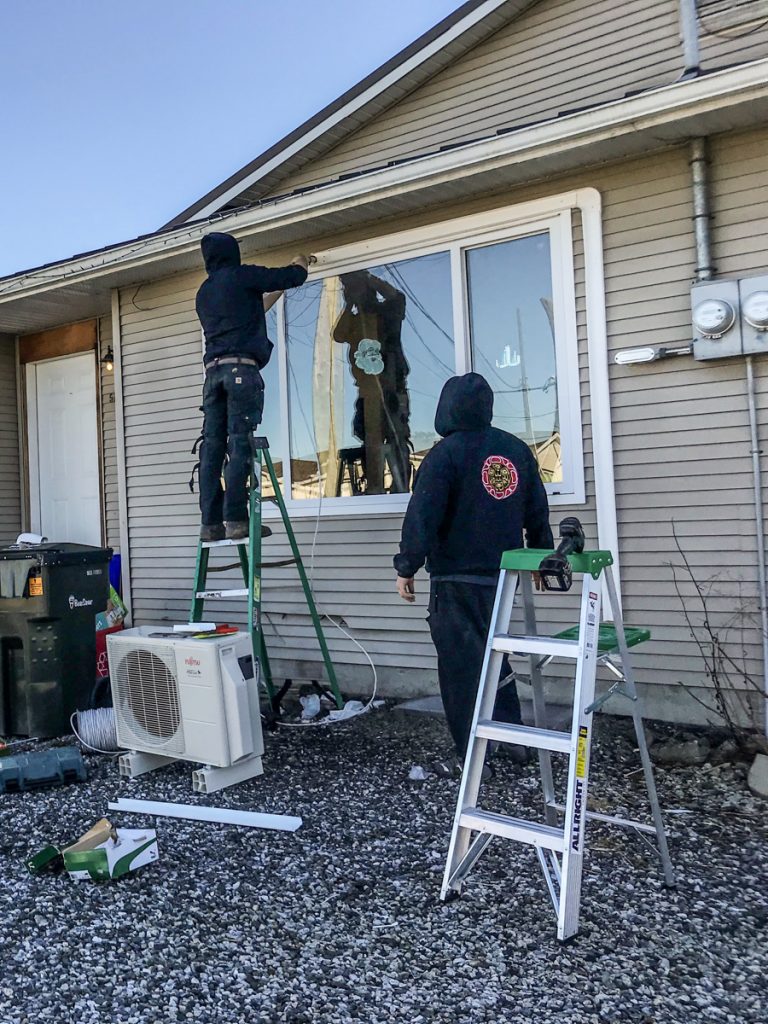 Ecotrust Canada Submitted a briefing note on July 15, 2020, outlining a number of challenges with the current structure of the BC First Nations Clean Energy Business Fund (FNCEBF). This document is a follow up to that letter and includes additional feedback from the Heiltsuk Nation based on our collective experience working with the Fund.

The BC First Nations Clean Energy Business Fund (FNCEBF) was created by the Clean Energy Act in 2010. Subsequent to an initial investment that year, it has been funded by a portion of specified land tenure revenues and rentals paid in relation to power projects in British Columbia.

There are three types of projects currently funded through FNCEBF grants, and a separate funding limit for each project type:

Publicly available data on the fund’s performance to 2017 shows that the vast majority of funds have been allocated to ‘Capacity’ or ‘Equity’ projects, with just 7% allocated to ‘DSM & Energy Efficiency’ projects. Most funded projects have been either renewable generation feasibility studies, community energy plans, or equity investments in generation facilities.

Following a FOI request to the Province, Ecotrust Canada analyzed the most recent project funding, up to the May 2019 intake, and found that a similar trend has played out in recent years. From 2017-2019, just three energy efficiency projects were funded, making up a total of 8% of allocated funds. 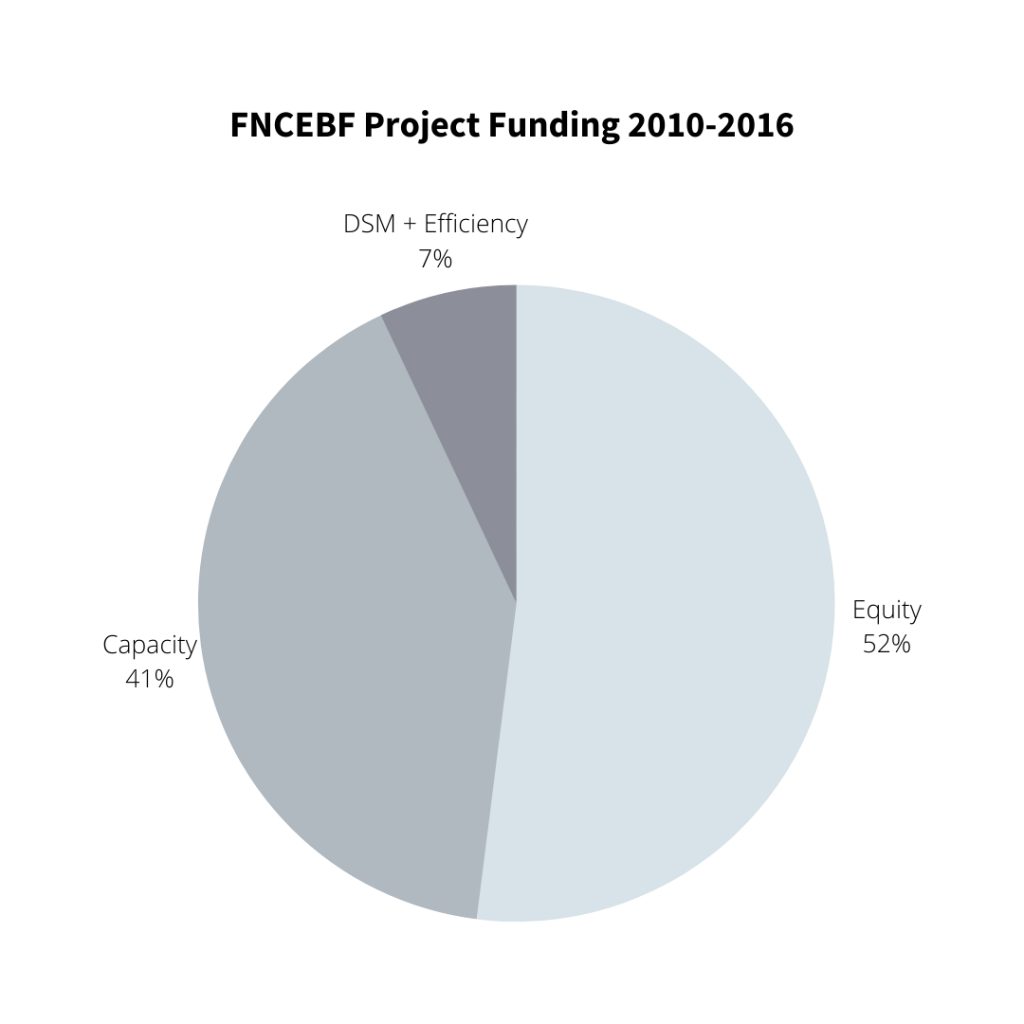 In our collective experience and partnership advancing clean energy projects, and particularly regarding efforts to reduce emissions and improve housing conditions through home energy retrofits, we note a number of growing challenges with the current structure of the FNCEBF:

The FNCEBF was created over ten years ago in the context of a very different BC clean energy sector and set of associated government priorities. Given the current energy policy landscape in BC, it no longer makes sense to prioritize generation projects or to allocate them a higher project funding limit. There is a clear demand from First Nations communities for larger energy efficiency initiatives, including community-scale heat pump retrofits.

Given the importance of Indigenous participation to the success of CleanBC, we recommend that a review of FNCEBF be conducted in early 2021 to ensure alignment with the provincial government’s current priorities regarding clean energy development and reconciliation. We recommend that the review process centre around an opportunity for Indigenous leaders to share their experience with the fund to date and provide their suggestions for improvement.

From the experience and perspective of the Heiltsuk Nation, the advancement of community driven and Nation-based priorities requires funding mechanisms that are not overly administratively burdensome, and that have a clearer focus on aligning with the Nations’ strategic planning and vision. Timing is of the essence when it comes to supporting the Nation’s short-, medium- and long-term vision.  Multiple, separated funding mechanisms with a phased approach can make it challenging for a Nation to achieve the needed project stages on the ground that would materially impact their daily reality.

Based on the directives of the Province’s 10 draft Principles and the desire to renew its relationship with Indigenous Peoples in BC, and in order to affirm this desire, the necessity of Government-to-Government relationships require respect, recognition, and collaboration.  Working with Indigenous Peoples — and Nation-to-Nation — the design, construction, and implementation of funding should be addressed jointly. Moving away from the status quo and supporting Nations that adopt their own self-determining, self-governing, and self-sufficient efforts is important in meeting the commitment to the 10 Principles.

Tackling energy poverty in BC &#8211; webinar