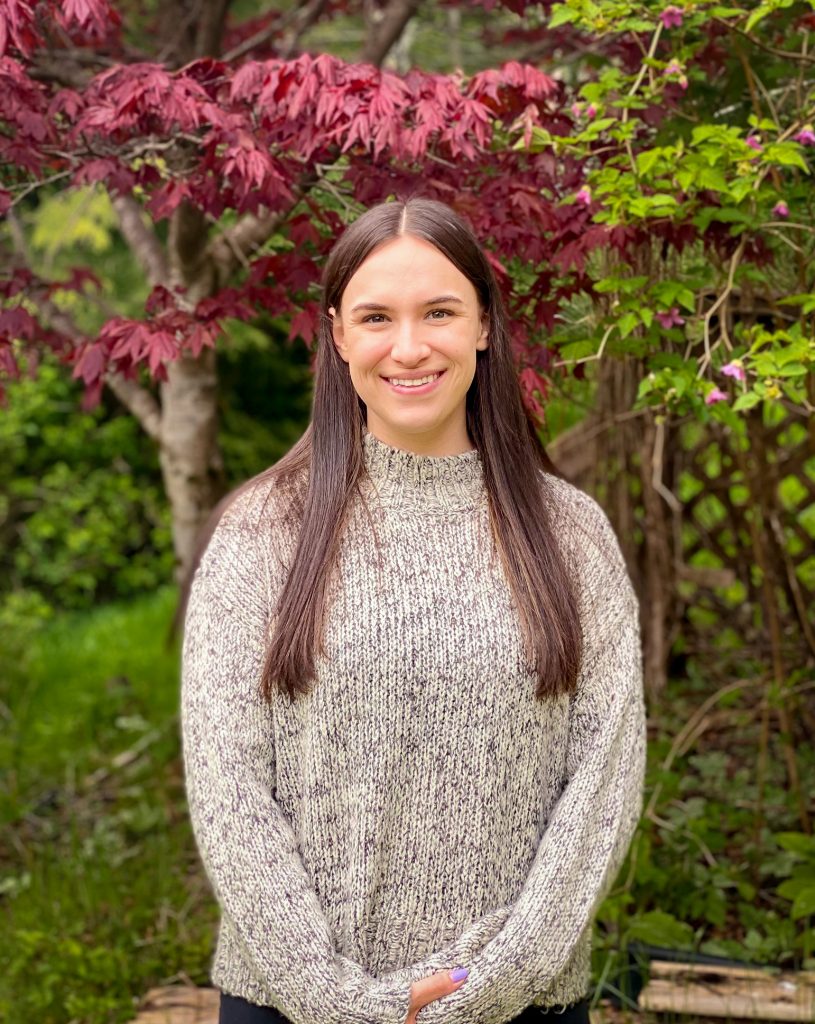 Caroline is Haida from Old Massett, Haida Gwaii. She was raised in Prince Rupert, British Columbia, the traditional territory of the Ts’msyen people. She lived in Vancouver for five years following high school graduation where she attended the University of British Columbia and received her Bachelor of Arts.

Caroline is currently residing in Prince Rupert with her partner and two-year-old son. She enjoys playing basketball and reading in her free time. In the summer, she likes to camp and travel whenever possible. She has been to a number of different countries over the years, including Mexico, Egypt, Spain, Greece, France, and Sweden. Her favourite city is Barcelona.

Caroline worked at Tribal Resources Investment Corporation, a First Nations owned lending institution based in Prince Rupert, for seven years prior to starting this new position. She enjoys working with Indigenous people and communities, and has traveled to many local First Nations’ communities for work, including Gitxaala, Lax Kw’alaams, Haida Gwaii, Gitwangak, Gitxsan, Wet’suwet’en, Haisla, and the Tahltan region.