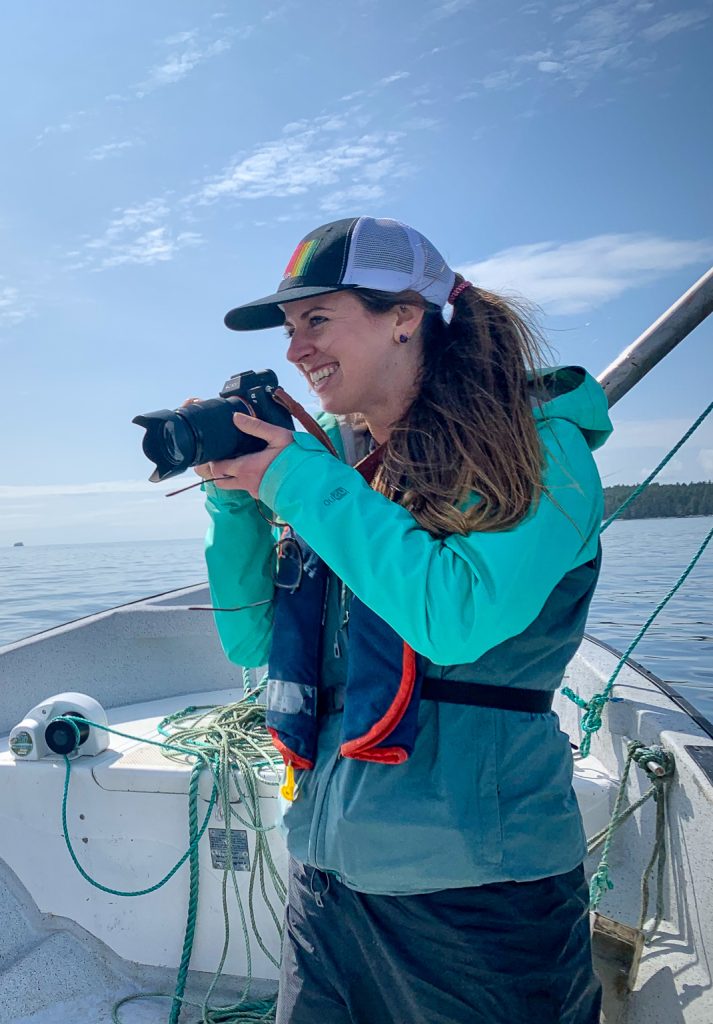 From Ottawa to Prince Rupert, Shannon has been sharing stories from the chambers of Parliament to salmon runs in the Skeena.

After graduating from the Masters of Journalism program at Carleton University she felt compelled to work in a rural community where her reporting could make an impact. She moved to Prince Rupert late 2015 to plant roots and make a difference by sharing the stories of the people who live there and keeping them informed on their elected governments, policy and economic development.

For three and a half years, she reported and edited for The Northern View, a community newspaper with Black Press Media. She led northwest BC’s transformation from print to digital focus, adding video and multimedia elements to stories.

While at the newspaper, Shannon reported on innovative projects by Ecotrust Canada within the community and beyond the harbour. Impressed by the charity’s mission and body of work, she jumped on the opportunity to join the Ecotrust Canada team on June 2019 to elevate communications through engaging storytelling.

In her spare time, Shannon works on her novel, teaches at the yoga studio she co-manages, or is outdoors in nature, skiing, paddling, or hiking.