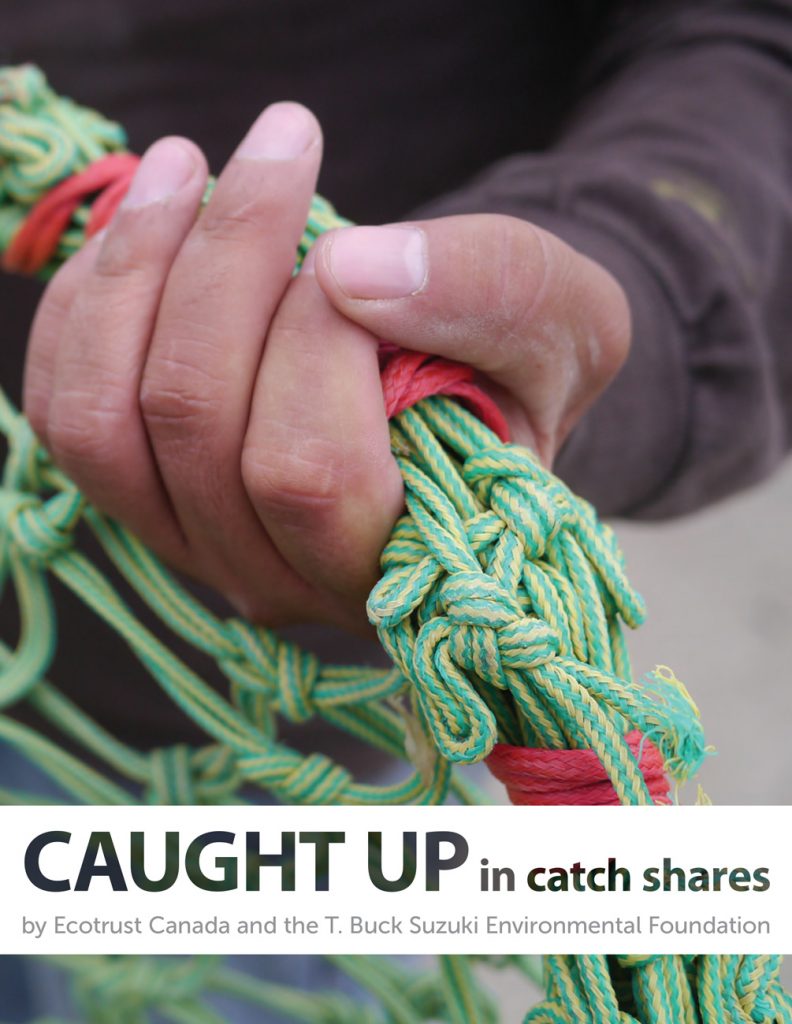 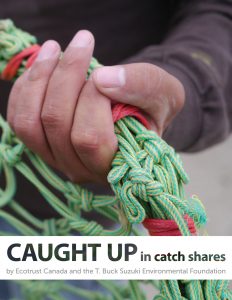 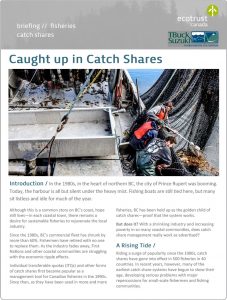 Ecotrust Canada and the T. Buck Suzuki Environmental Foundation are proud to release Caught Up in Catch Shares, a report detailing the economic, social, and cultural effects of privatizing Canada’s public fisheries resources.

Since the 1980s, BC’s commercial fleet has shrunk by 60%. The number of fishermen is down by 70%. Licence and vessel ownership has shifted from individuals to companies; from rural to urban areas. “Armchair fishermen” pocket as much as 75% of fisheries’ landed value, money that should be going to the fishermen who earn it. Once-vibrant coastal communities are in steep declines, as hundreds of millions of dollars are drawn out from the coast by quota leasing.

Most of BC’s fisheries are subject to fishery-wide catch limits. Under quotas, these limits are further subdivided into individual transferable quotas. Fishermen may only catch as much fish as their quota allows.

Under DFO rules, quota can be bought and sold by anyone – including people and corporations that do not fish – on the open market. And that’s the rub: major players, processors, multi-national corporations and speculative investors have moved in, buying up and then leasing back quota at rates beyond the reach of most fishermen.

BC is not alone in this situation: quota-based systems are now in effect in 500 fisheries in 40 countries. In recent years, however, many of the earliest quota systems have begun to develop serious problems – with major repercussions for fishermen and coastal communities.